Faithfulness to God (Akiva and Team) 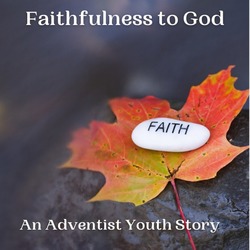 Andy was an aspiring teller who loved his job. He was very hardworking and was rewarded with a raise in salary and a promotion. Shortly after, Andy was invited to a crusade by the Adventists witnessing in his community. He was unsure about going, but decided to go nevertheless. When he went to the crusade the topic for the night was “The Sabbath”. All of this information was new to Andy and he began to question himself. Andy kept doubting himself and eventually went to the altar to give his heart to Christ. Andy knew this decision would have a massive impact on his job.

The next week Andy told his boss he would not be able to work on Saturdays since he was becoming a Sabbath keeper. The boss was not very pleased at this news and decided that Andy was no longer needed for the job, so he proceeded to terminate Andy’s contract, leaving him jobless.

Andy could not believe the consequence of his faithfulness and was left heartbroken. However, when his new church members heard about it, they prayed with him and a member who was a business owner, offered him a job which turned out to be closer to his home and offered a much higher salary. Most importantly, Andy was able to remain faithful to God and was blessed for his decision.

Isaiah 40:31 - But those who wait on the Lord shall renew their strength; They shall mount up with wings like eagles, They shall run and not be weary, They shall walk and not faint.

O brother be faithful! eternity’s years
Shall tell for thy faithfulness now,
When bright smiles of gladness shall scatters thy tears,
A coronet gleam on thy brow.
O brother, be faithful! the promise is sure,
That waits for the faithful and tried;
To reign with the ransomed, immortal and pure,
And ever with Jesus abide.
SDA Hymnal #602 - O Brother, be Faithful

An AY* Story written Sabbath,  September 4, 2021.
*AY stands for Adventist Youth.  This story was produced during an AY church service with focused on the issue of loneliness and how persons can give encouragement to anyone who may be experiencing a similar situation. The story is fictional but the problems are real.
Posted by: Akiva and Team | Tags: